BURGOS. CAPITAL CITY OF THE CRUSADE IN THE 21rst CENTURY 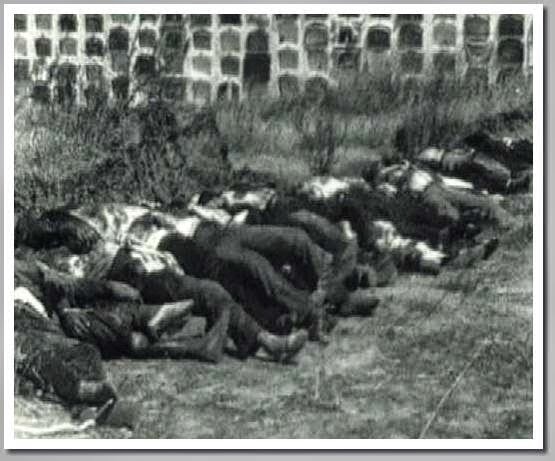 Every war have their simbols and images wich are kept indelible in the memory of history. The bombing of Gernika and the slaughter of Badajoz, are some of the highest exponents that were captured in photos and recordings by journalists(1). These recordings were seen around the world, showing the true face of fascism.
The nazi planes that devastated the civil population of Gernika departed from the aerodrome of Villafría in Burgos and, at the same time, the Lieutenant Colonel Juan Yagüe Blanco, lead the columns that killed, during the first days of the coup, thousands of people in Andalucía and Extremadura. Later on, Yagüe was promoted to Captain General of the 6th militar region,wich headquarters were in Burgos, by Franco´s dictatorship. He was also named “adopted son” and “gold medal” of Burgos, the highest recognition of Burgos City Council, nowadays Yagüe have the “adopted son” and “gold medal”.

In the height of the 21rst century, a foundation lead by Maria Eugenia Yagüe (daughter of Juan Yagüe Blanco) is organizing an exhibition inside municipal premises under the headline “One man and the revive of Burgos. Yagüe”. This would be inconceivable in a minimally democratic country but eventually the council will not allow the exhibition in a local public. 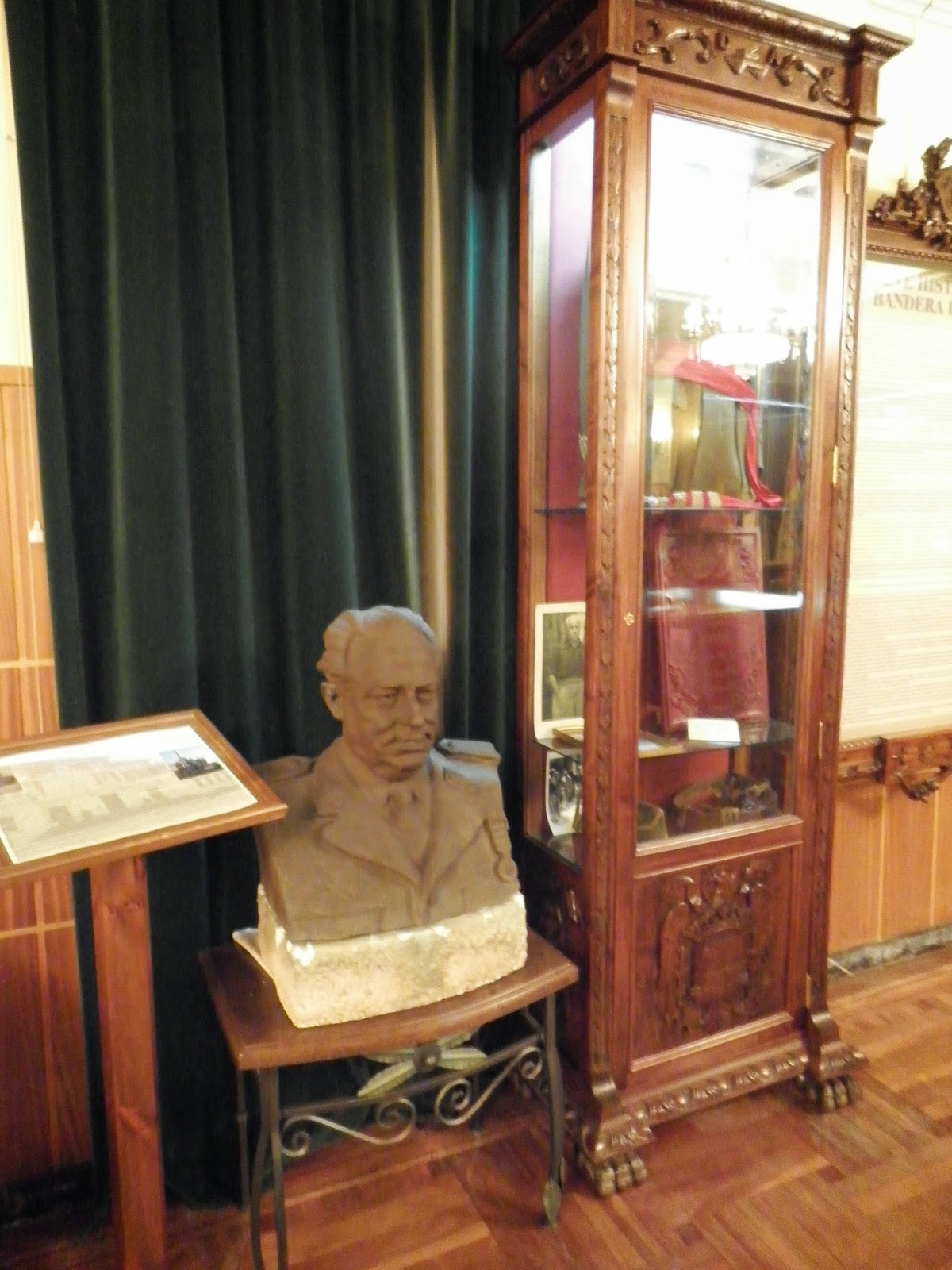 In the Army Museum in Burgos, inside the Diego Porcelos quartering wich comes under the Defence Ministry, there is an explanatory poster next to his bust, that says things like... “example of soldier, obedience and discipline...”, “...pious in victory”, “...took part in the first aerial bridge in military history”, “...started with a limited column a victorious advance”, “...his troops liberated Barcelona”. This place has free access and schoolchildren attend coordinated visits.

Yagüe was not an example of an obedient soldier as he joined the coup against the Government of the Republic, democratically elected. At this place there is also to be found a picture of a monument he had in his native village of San Leonardo (Soria). This monument was removed in 2009 and this lead his daughter Maria Eugenia to resign from the PP (Partido Popular) after 29 years of membership. She had the member number 1005. 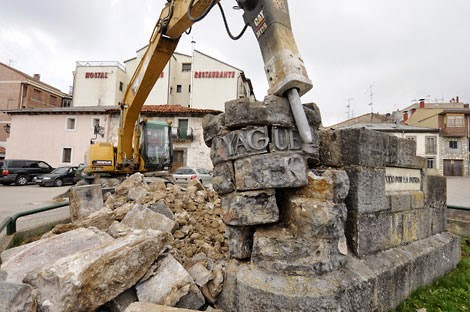 Yagüe was not either pious in victory. In Badajoz, the portuguese journalist Mario Neves, asked him about the rumours saying that 2000 of the 3000 prisoners admited by Yagüe had been shooted. He answered “not that many”(2). When the New York Herald Tribune journalist, John Whitaker, asked him about the shootings, he confessed the slaughter of the 10% of the population. “Of course we killed them. What did you expect? Should I take 4000 red prisobers with me when my column had to move against time? Or should I free them in the rear and let Badajoz be red again?”(3). He was also clear that he would kill anyone who would confront democratically. “It is strictly forbidden the right to strike. The executives of any Union that go on strike or do no go to work will be taken to a Tribunal and executed...”.(4)

It is true that he took part in the “aerial bridge” from the North of Africa to the Iberian peninsula.in the beginning of the mutiny of July1936. In the museum nothing is said about the planes of Hitler and Mussolini that did this first “aerial bridge”. His “limited column” was compound of a well armed and experienced army of legionary and Moroccan regulars known before the civil war by their atrocities in the colonial war in Rif. The Ministery of Defence is still using the expression “crusade of liberation”. This is a justification of fascism and coup. 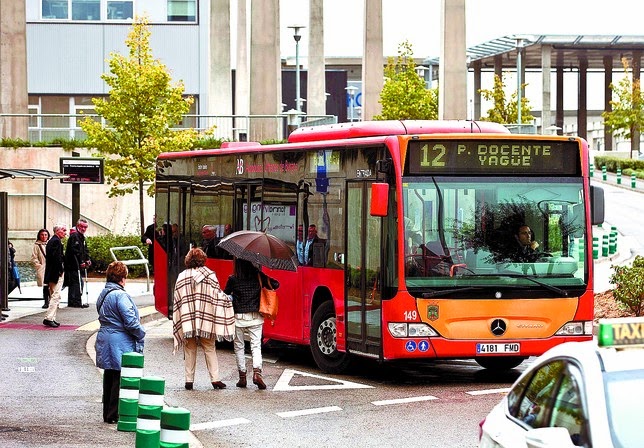 Yagüe was a Viceroy in Burgos in a decade we do not doubt describing as dreadful (1943-1952). The widespread saying about Burgos being a town of priests and soldiers is only half true. It was also a town of families of republican prisoners, of hundreds of inner exiles and countless mass graves under our feet. Yagüe ordered to build a neighbourhood of cheapy flats, near the crammed jail to keep the working people away from the city centre. He gave his own name to this neighbourhood.(5) 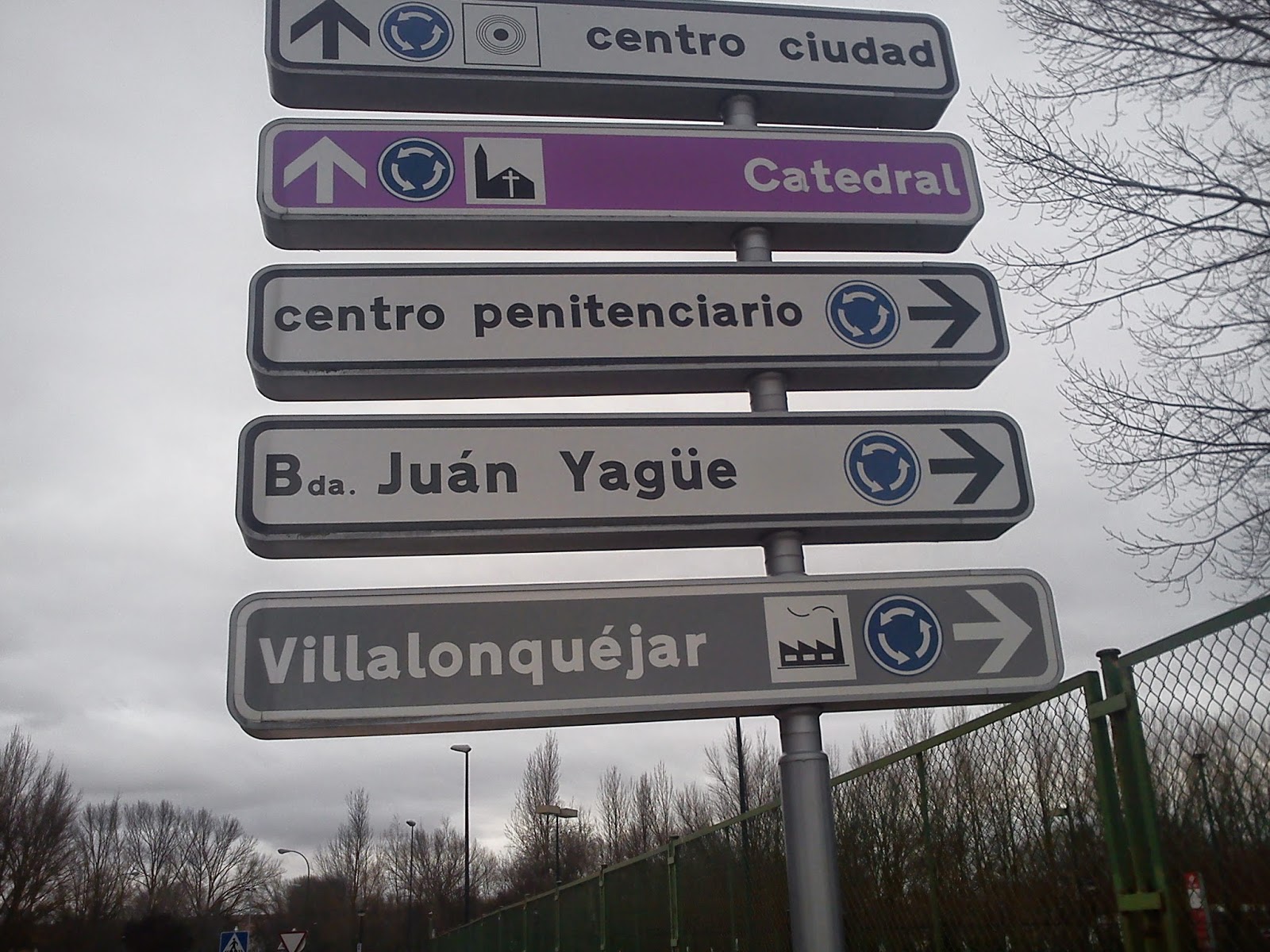 Recently the United Nations work group about forced dissaperances is demolishing. The Spanish State was demanded to stop using tha amnesty law of 1977 as an excuse not to investigate the forced dissaperances during Franco´s dictatorship. This group demanded an “exhaustive and impartial” investigation wich would end in grievous sentences for the people responsible for these crimes, as well as a public apology and the rehabilitation suitable for the victims. This has been ignored by the Government.

The non-existant budget that the Government gives for exhumations, even the lack of a place for associations to meet and develope their activities is unjustifiable. This is the case of the association in Burgos that fights for the recovery of the historical memory of the victims of Franco and the civil war. The different public administrations do not establish the mechanics so that the UN recommendations are achieved. We can not avoid the crimes against humanity comitted during the civil war and dictatorship. We must require the truth, public apology and justice.